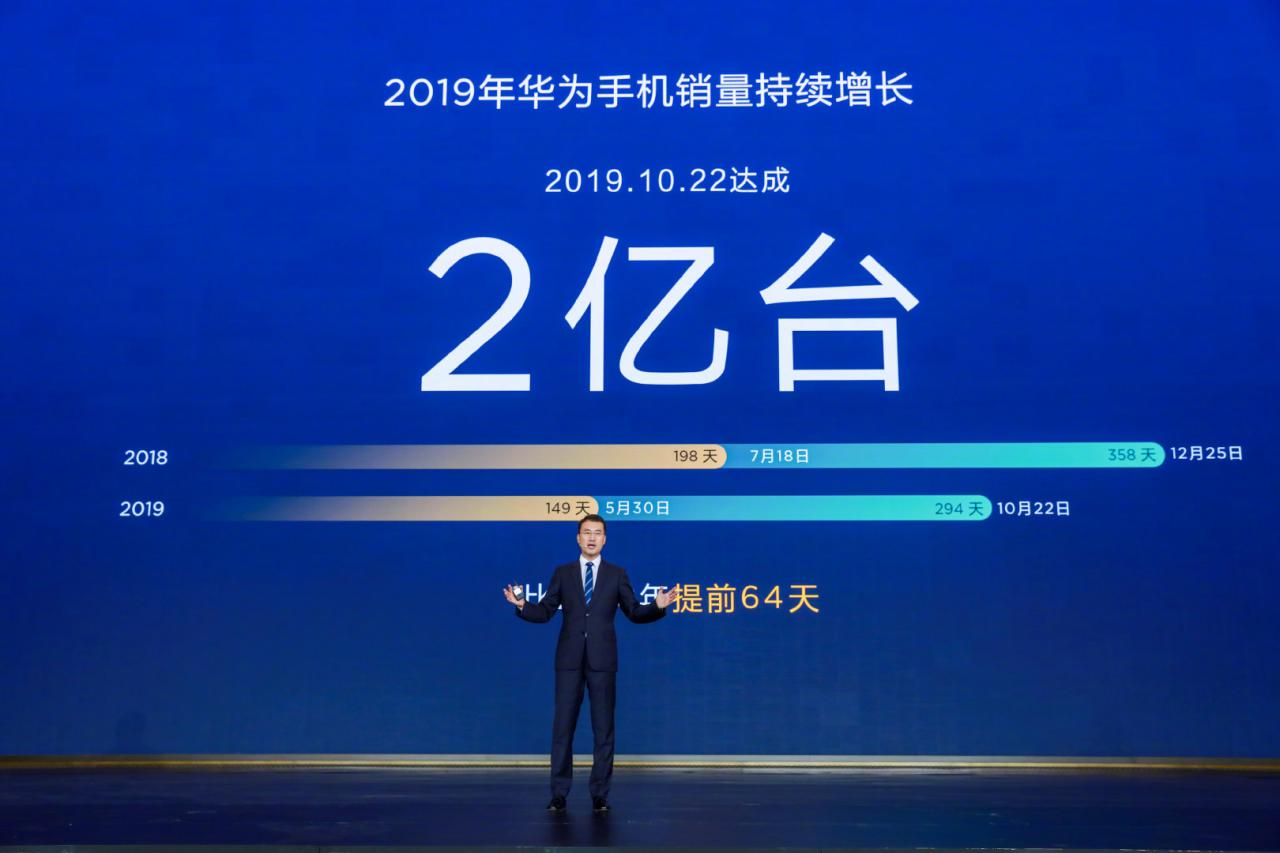 
On October 23, Kevin Ho, president of the handset product line at Huawei CBG announced that Huawei has achieved another milestone in smartphone shipment.

According to Huawei, as of October 22, 2019, Huawei smartphone shipments officially exceeded 200 million units this year, which is 64 days earlier compared to the last year.

On May 30, 2019, Huawei announced that it has exceeded 100 million units 149 days compared to the same shipment goal achieved last year in 198 days.

This data shows how the Chinese tech giant has rapidly grown its influence and market share in the global market.