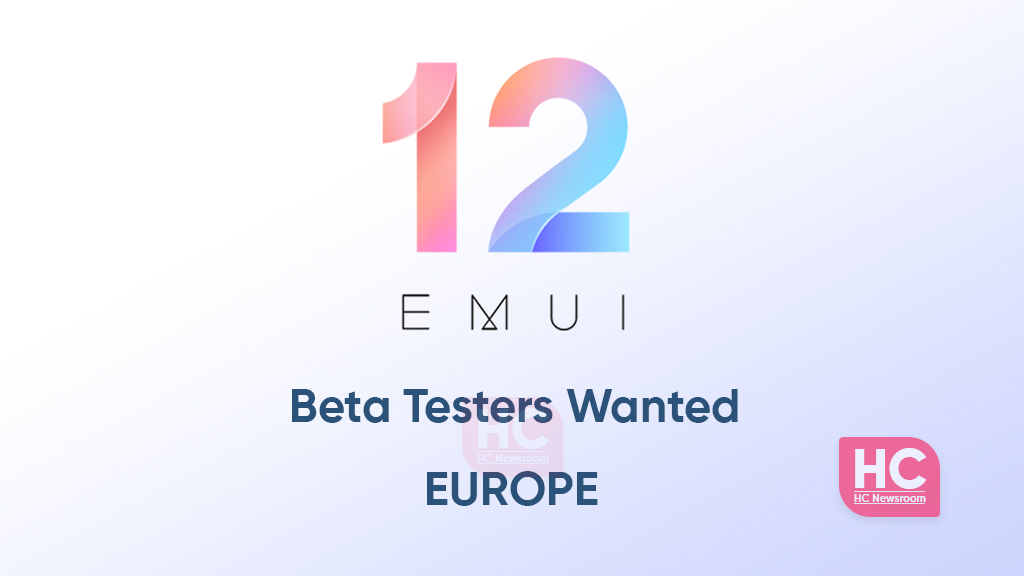 The beta testing project has now been confirmed on major markets including Germany, France, Spain, Italy, and others. People with the following models can participate in the EMUI 12 Beta activity in Europe.

If you own any of these smartphones with the European model then download the latest Huawei Beta app directly from here. Then join the beta project. However, you should note the beta program is currently expanding for different markets and it may take some time to appear on your Huawei Beta app.

Once signed, the company will review your testing application and it may take some time to process and send you an EMUI 12 beta OTA update.

EMUI 12 comes with a new user interface inspired by the HarmonyOS. The latest software also comes with new animations that enhance the user experience with the latest features such as Device+, Control Panel, improved performance as well as better system controls.

The overall look and feel of EMUI 12 surpasses any other previous version of the EMUI lineup and provides you with an all-around hands on that wasn’t available before.

EMUI 12 Release for all users:

According to the official Huawei rollout timeline, EMUI 12 will start to release in the first half of 2022. The roadmap consists of several models from the Huawei universe and even some of the most loved models in the mid-range and budget series has also been appreciated such as Huawei Y9 Prime and so on.

There’s more that is needed to know about EMUI 12 and we’ll keep you posted.