Huawei has denied a series of criminal charges filed against the company by the US Department of Justice. Huawei has also rejected criminal claims against its former CFO Meng Wanzhou, who was arrested in Canada last month.

The charges filed against Huawei in the US include bank fraud, obstruction of justice and theft of technology.

In a statement, Huawei said it was “disappointed to learn of the charges brought against the company today”

Huawei said it did not commit “any of the asserted violations” and that it “is not aware of any wrongdoing by Ms Meng”. The statement said the allegations of stealing trade secrets were the subject of a settled civil suit, in which a jury found “neither damages nor wilful and malicious conduct”. 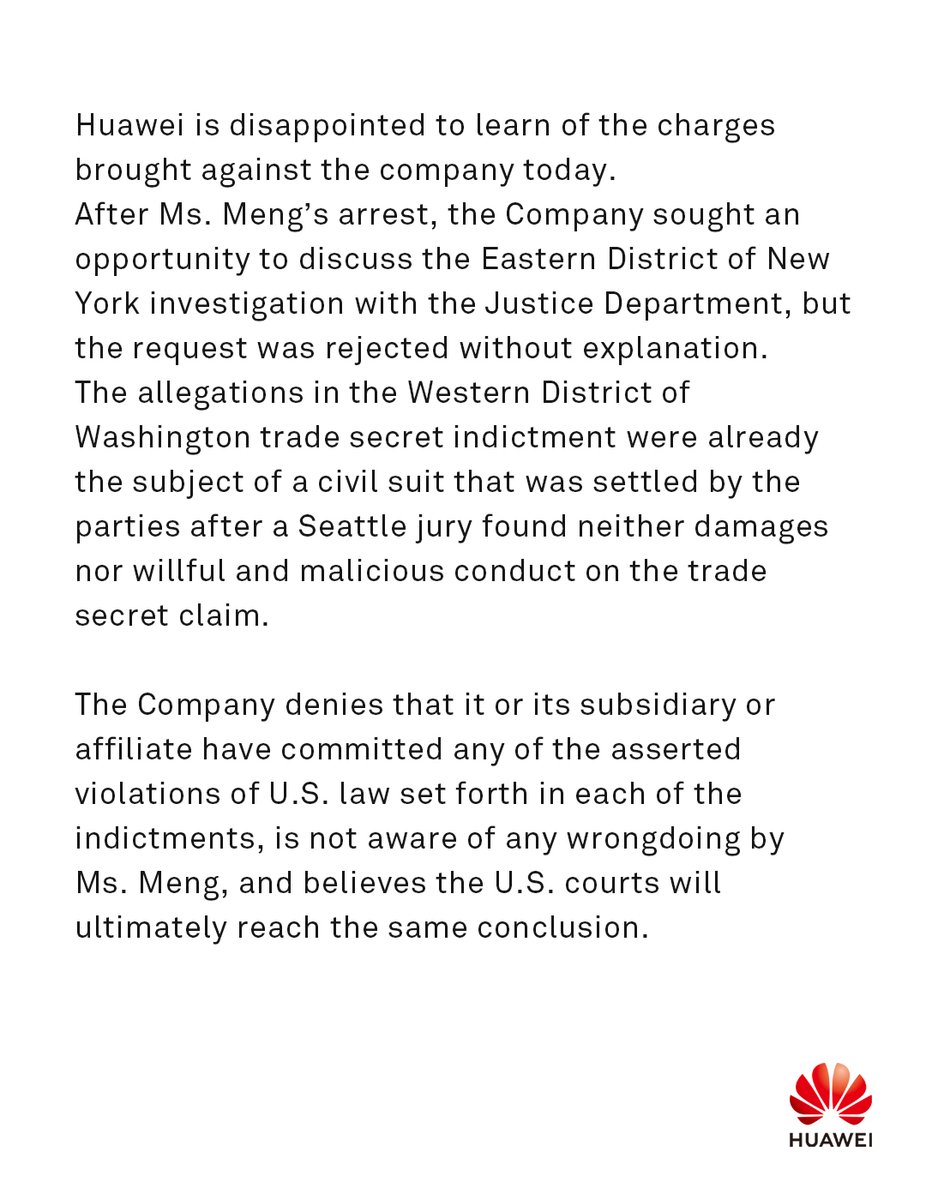