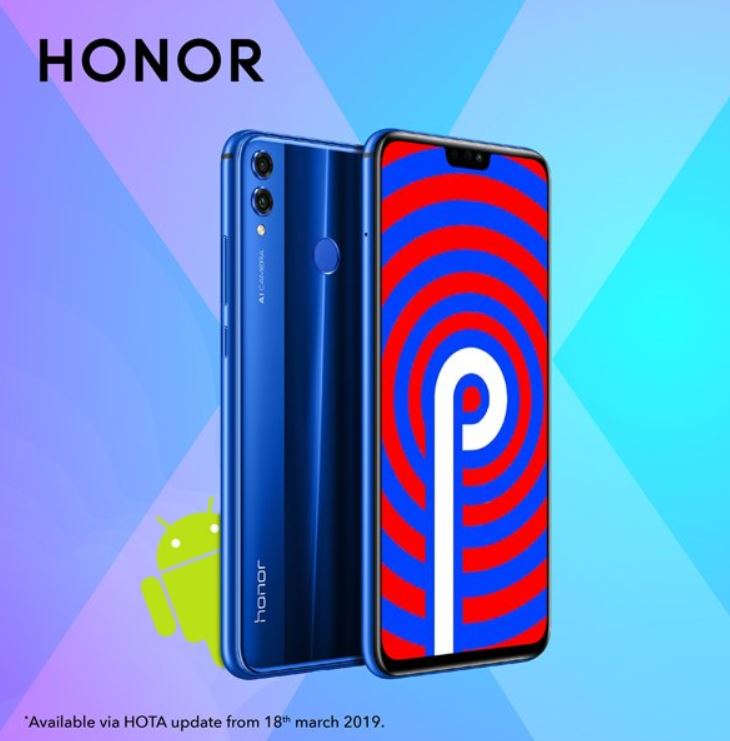 
Huawei/Honor is all set to start the rollout of EMUI  9.0 based on Android Pie for its Honor 8X device in India from March 18. This update was already rolled out for the Honor 10, Honor View10, Honor Play smartphones in January this year in the country.

Users in the country will gradually receive the OTA updates on their respective devices in as the rollout date arrives.

The EMUI 9.0 optimizes underlying operation commands more rapidly and efficiently with AI prediction technology. This optimization means on average, the system response speed is increased by 25.8%, application startup is shortened by 102 ms and overall system fluency is increased by 12.9%.

EMUI 9 top features Natural UX design with the implementation of natural sound and color to offer an unparallel user experience GPU Turbo 2.0 Improved AI with the ability to detect up to 33API One hand operation in contact, Album, and contacts Password vault to secure usernames and passwords for different apps and services Use of Fingerprint sensor and Face Recognition to login into an app.