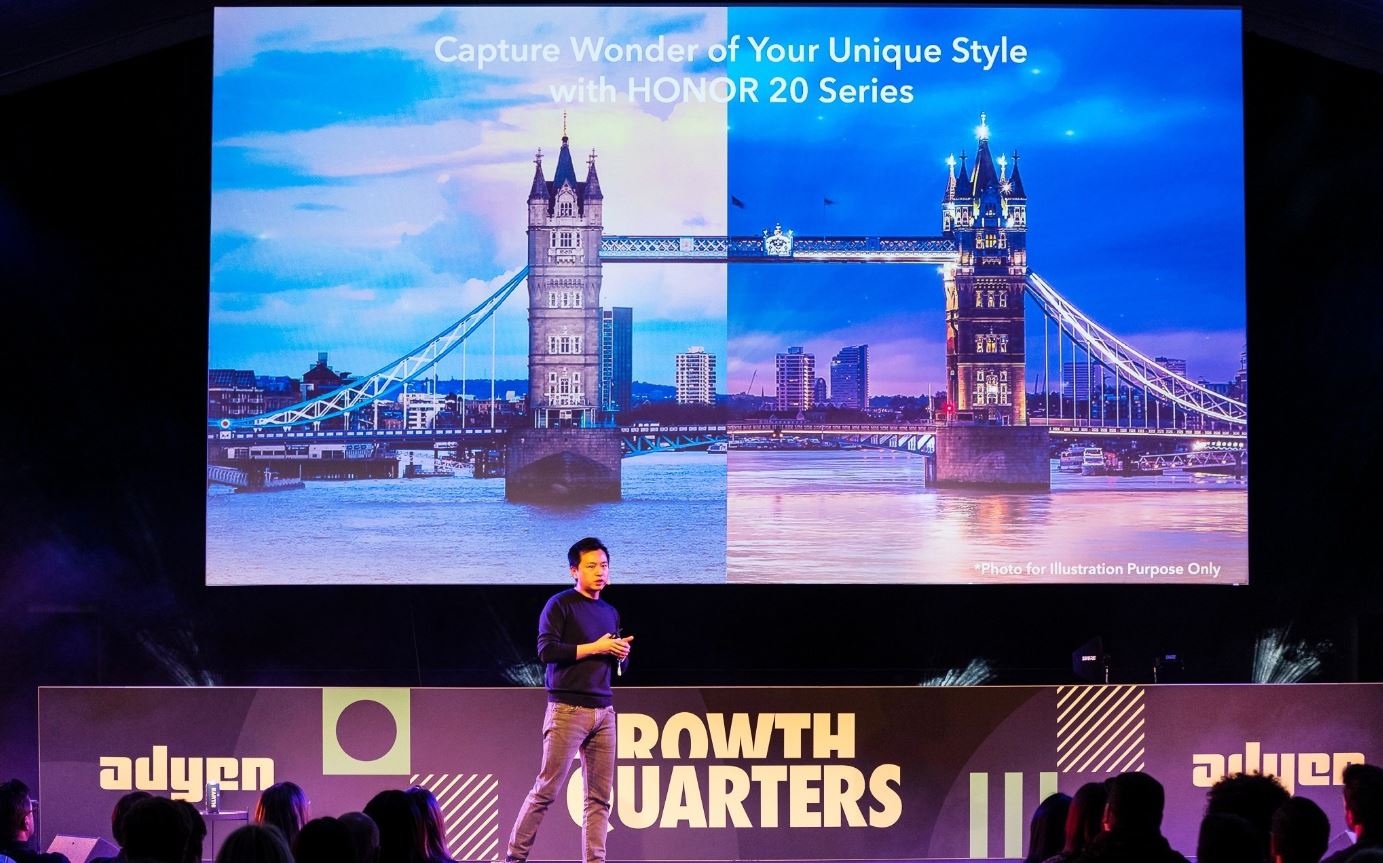 
Honor 20 series is expected to come with new camera technology including the laser autofocus but the company today announced that it’ll also feature something new in its design side.

On May 10, during the TNW 2019 conference, Honor announced that its upcoming Honor 20 series phones will come with the world’s first Dynamic Holographic glass back design.

According to Honor, The Dynamic Holographic glass back was made in a two-stage process made possible by HONOR’s industry-first Triple 3D Mesh technology. The depth layer is created using a precise technique. It is embedded with millions of miniature prisms that resemble pieces of diamonds.

Upon completion of this intricate process, the designers combine it with two other surfaces: the first layer is the glass layer, while the second layer is coated in the hue of upcoming HONOR 20 colors to be revealed at the launch event on May 21. Says Honor.

This is not the first time that the company is doing something new for the design because with Honor 8 the company introduced 2.5D glass back and Honor9 with 3D curved back. Honor 10 with Aurora design and Honor 20 will feature the Holographic design.

The company has also revealed that Honor 20 series will feature 6.26-inch all view display, which probably hints the use of pop-up selfie cam but it’s unlikely to say that both phones will feature this display size and the Pro version is expected to come at least 6.4-inch display.

In addition to this, the company has also posted a teaser of this phone series hinting that phone will be packed with multiple regional languages.

This is all for now but the official launching of Honor 20 will happen on May 21 in London and if you want to know more about this phone series check out our complete coverage below.