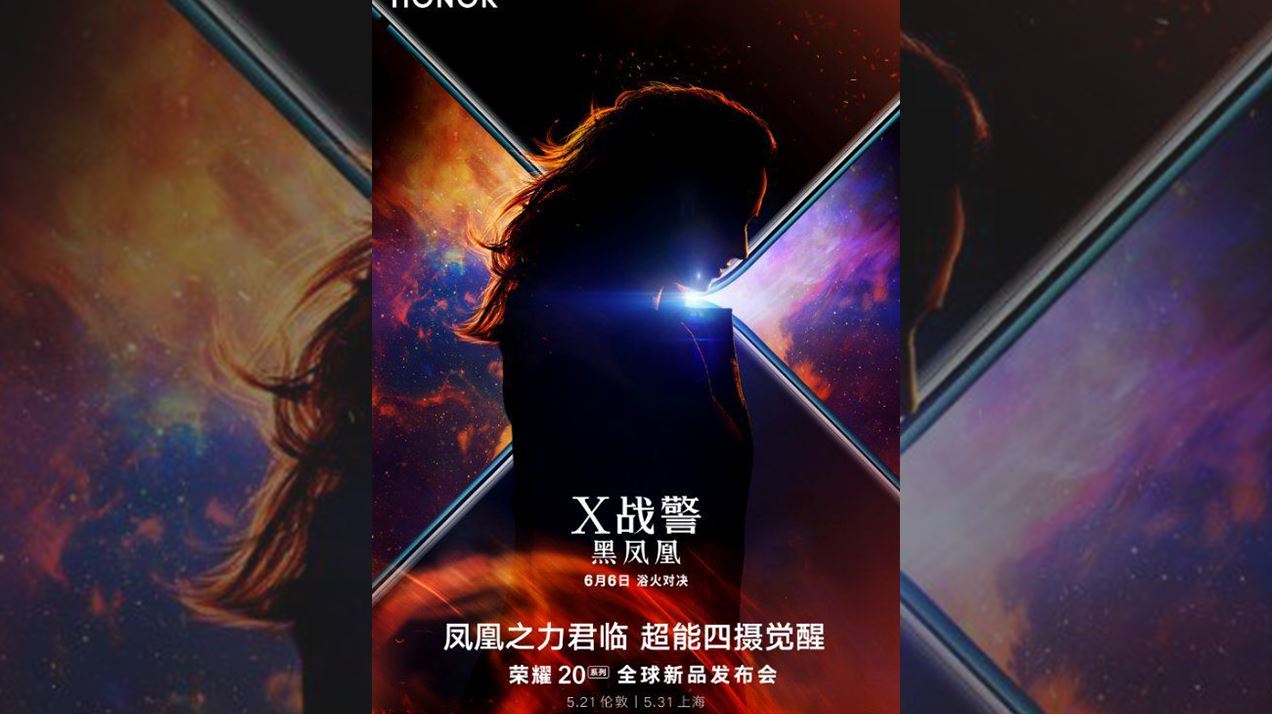 
Honor 20 series is set to launch on May 21 in London and its Shanghai launch will take place on May 31, and the company seems to promote its upcoming flagship series alongside X-Men Black Phoenix movie.

Honor China has just posted a Movie poster of the X-Men Black Phoenix movie on Weibo that is set to release on theaters in China on June 6 but the poster also includes confirmations about Honor 20 series launch dates and quad camera.

This could be a joint endorsement of this upcoming Marvel movie and the Honor 20 series but it seems like this advertisement is only being limited to China.

Moreover, the company is also posted t-shirts and backpack featuring the movie but it’s not confirmed that they’re selling the gear officially. 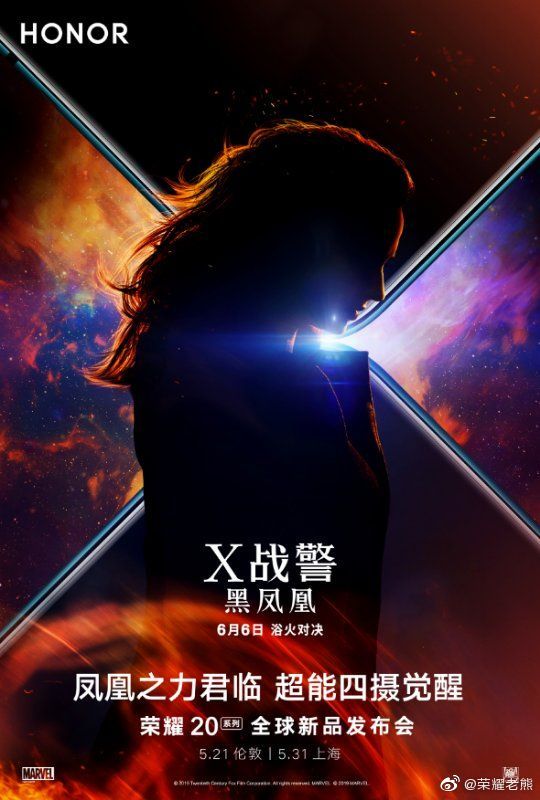