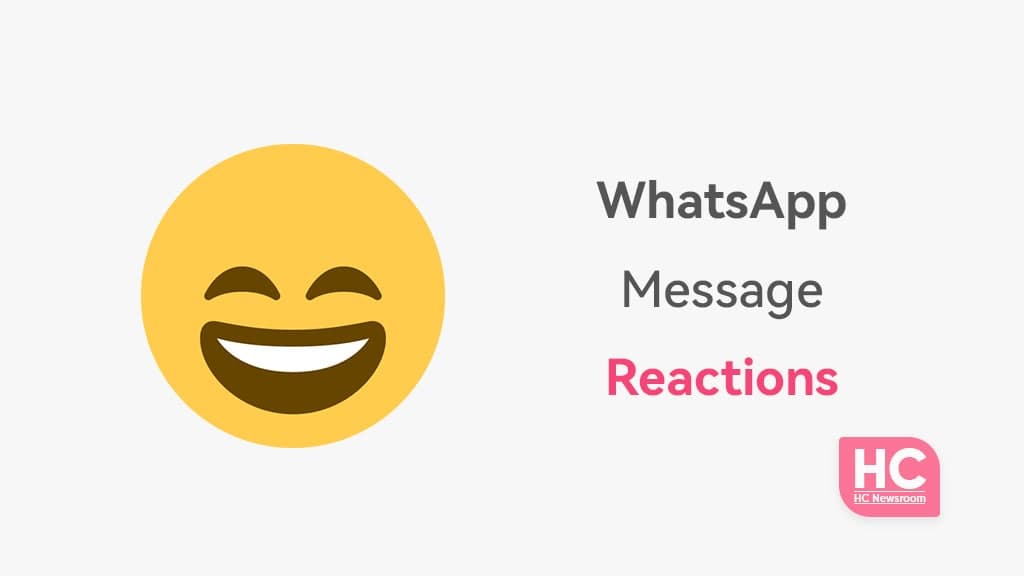 Since WhatsApp has announced the Message Reactions feature, users are waiting to know more about it. However, the team is still developing it, so only limited info is available on this matter. This is a similar feature as other messengers like Instagram, Twitter, and iMessage, which is quite satisfying for the users.

It allows reacting to a particular message without replying in a separate message. Furthermore, users can browse any emoji available in the collection. WhatsApp didn’t reveal any info about how a user will show his reaction, as same we saw in other app or brings something new until now.

Recently, WABetaInfo brings us the latest exclusive screenshots of how the message reaction will look like. Here you can check the preview of WhatsApp message reactions. 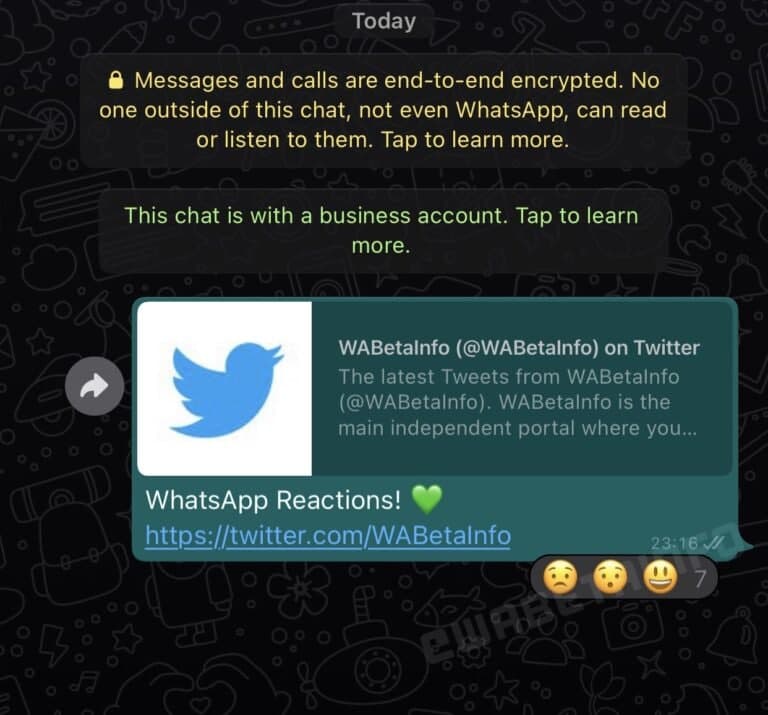 WhatsApp will use the same emojis for reacting to a message. We can see, this message has seven basic reactions for the instant. But in the future,  WhatsApp may add more emojis or a prompt bar with the customized emoji.

At present, this screenshot is taken from WhatsApp on iOS, it mean that it’ll come for the iOS users first then for Android. Besides, the info contains that everyone in a group can see the specific person who sends a reaction to the message.

However, the users on the older version won’t be able to see the message reactions from the user with a newer version. But, WhatsApp will send them a note suggesting to update the app on the latest version so they can receive the reactions.

As I mentioned earlier, the team is still working on this feature so it’s not ready for release. There might be some more changes in the final version that is possibly rolling out with the future update. We’ll keep you posted, stay tuned for further updates.

WhatsApp Desktop gets the new Archive Chat feature with the last update. Now, the archive chats will be stay archive unless the user won’t be mentioned or replied to a message in a conversation. For any regular message, emoji or sticker, the user won’t receive any notification in the bar nor the chats will show in the list.