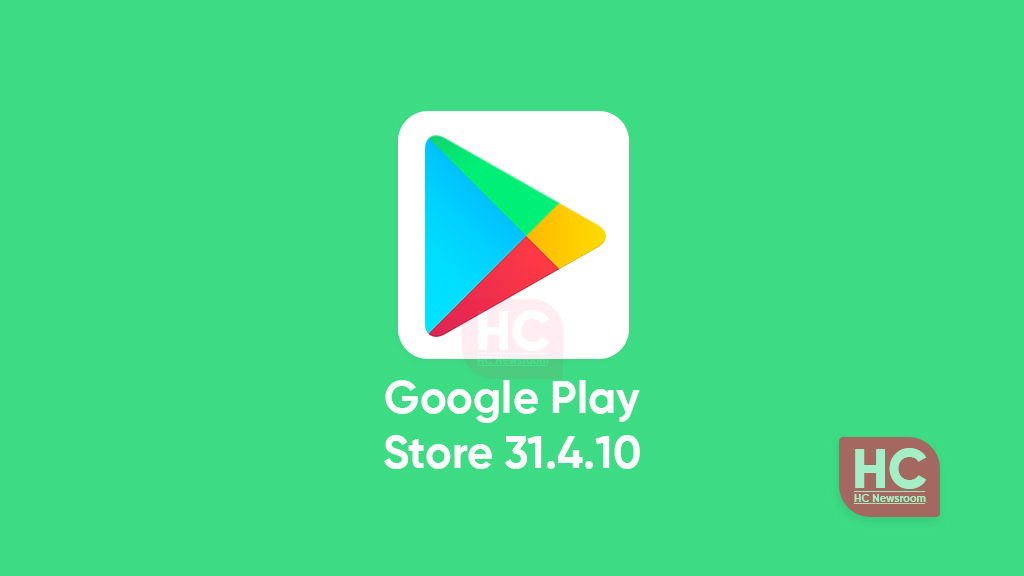 It’s time for a new Play Store version 31.4.10, as Google continues to improve this Android app market for the smartphone and other platforms. The new Play Store further cements optimations and takes control for a better user experience.

Of course, you may not be able to download this new version manually, if it’s already not installed in the background. But if you do, then you can download the Google Play Store 31.4.10 via APKmirror (link). You just need to download the APK file and install it directly on your Android device.

However, you can also wait for Google to auto seed this new version on your device once it’s ready. 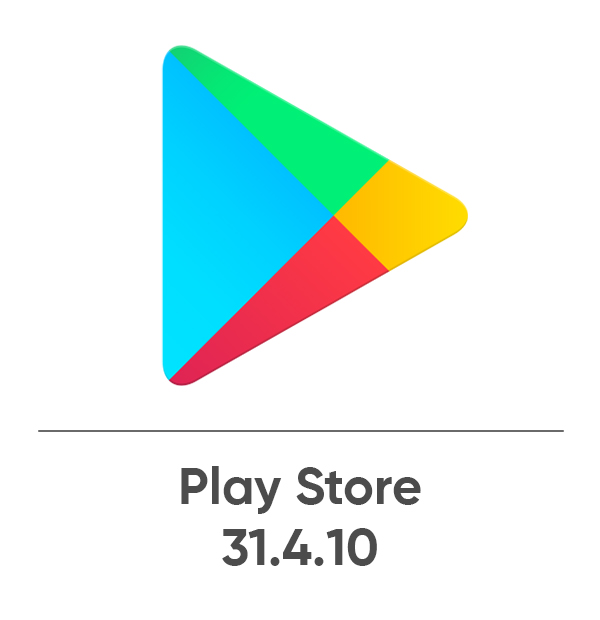 In the latest development, Google has started to rollout new Material You buttons for Play Store. This new look for the largest Android app marketplace has surely improved the user interface of the entire app.

As compared to the boxy look, the buttons for Install, Update, Cancel, and Open got a new background shape with round looks similar to a pill. However, Google choose to remain with the Green color as the dominant appearance of the Play Store and hasn’t changed anything related to that.

Currently, Google is pushing these buttons to update for the following Play Store version and Android users can grab it to use experience them onboard.

Here’s how to use Google Play apps without installation 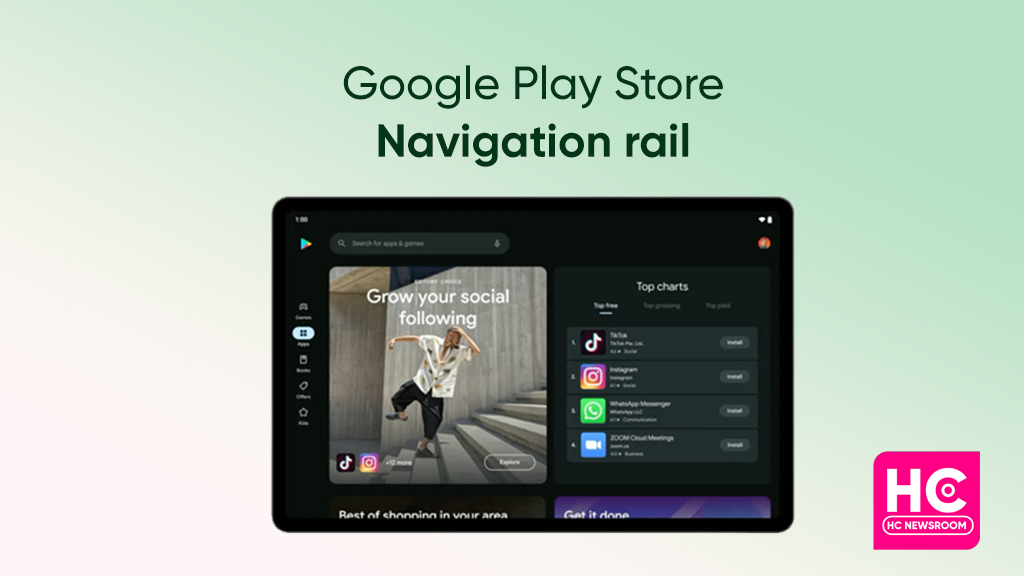 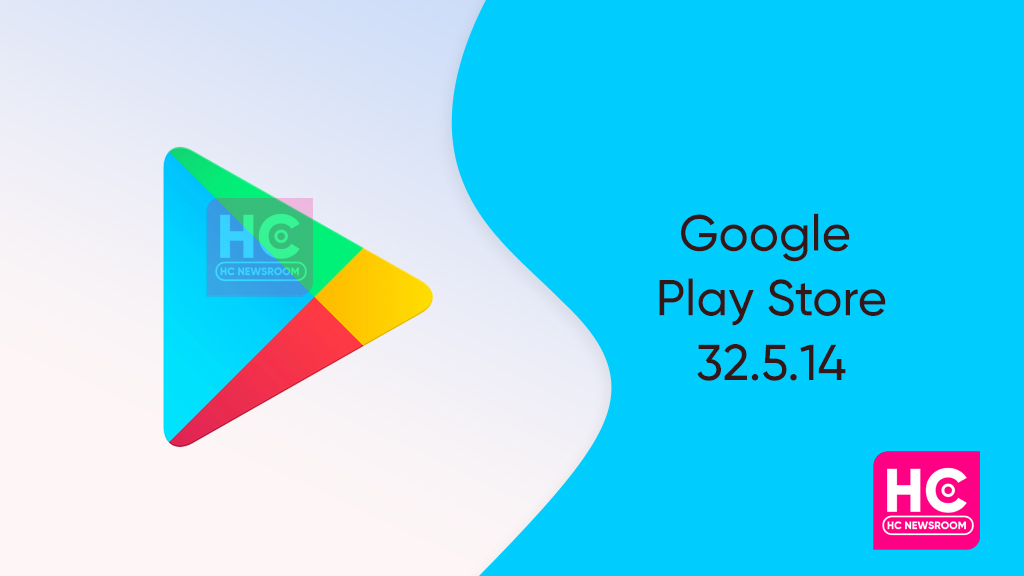 Google Play Store has a new space for Watch, TV and Car applications 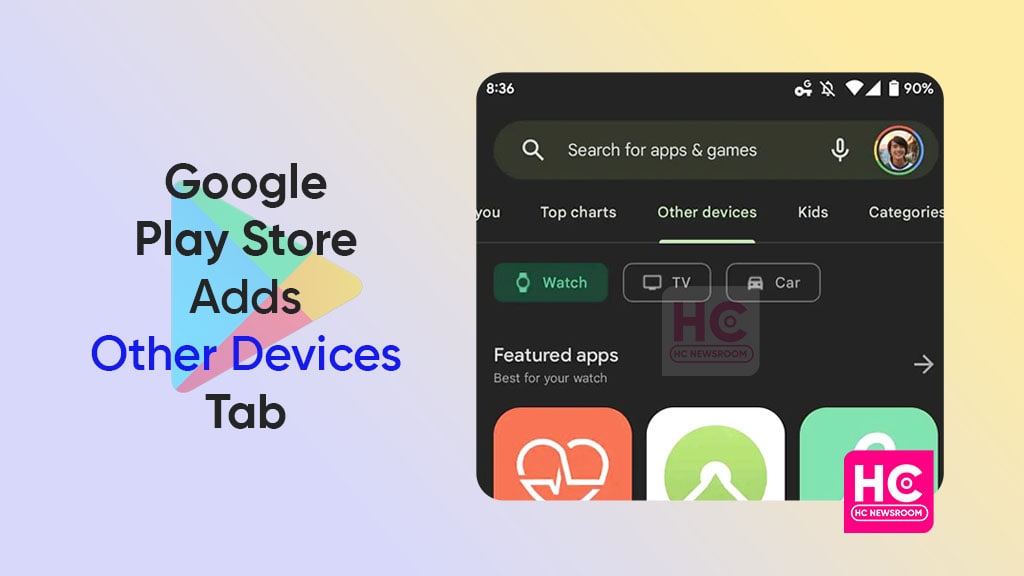 Yes! Absolutely right. Google Play Store has added a new space to its surface for non-smartphone applications. By the term ‘non-smartphone’ we mean that now, there will be a separate section for the apps related to your smart screen, cars, and smartwatches.

Google often tries to modify its Play Store applications and services in such a manner that users can benefit from them at the utmost level. In the latest developments, Google has introduced a new section called ‘Other Devices’ on the Play Store.

Just like a house, where you have separate rooms to arrange the related stuff as per your convenience, Google has also organized numerous applications on the Play Store in particular columns so that users can comfortably opt for their respective apps. 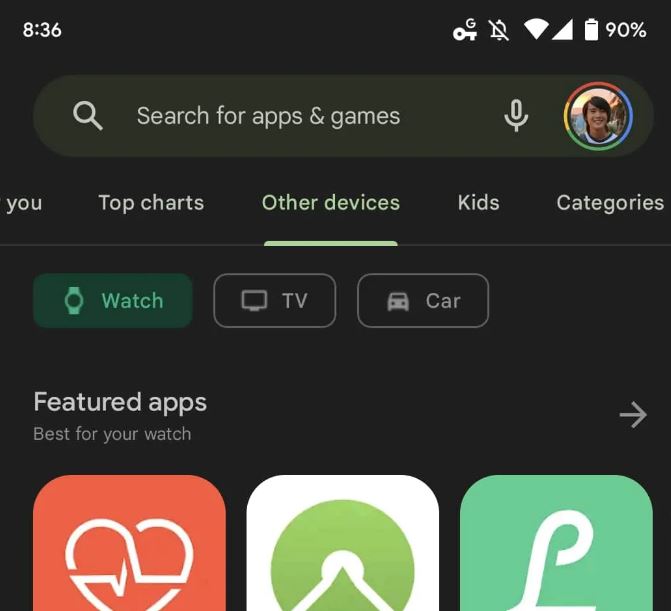 Other Devices – with three new tabs

The Other Devices section resides under the search bar with other categories; For instance, For you, Top Charts, Kids, and more. Further, this section contains three more tabs for Smartwatch, TV, and Car.

The Watch section has Watch apps. Whereas, the TV tab comprises nine carousels consisting of the latest news, free movies and TV, exercises, and music. It also has games just for TV with a carousel design. Meanwhile, the Car tab exhibits ‘Stream your favorites’ and ‘Stay Informed’ for Android-based automation.

The company has begun to roll out this new feature with the latest update of the Play Store. But, it is moving in batches and might take a few days to land on your device’s surface. So, don’t worry if you can’t find this option on your phone, at this moment.

Speaking of the Other Devices section, this isn’t a unique function in Google ground. However, it will act as a one-stop place for all non-smartphone applications. This is a way to make your mobile version Play Store a more convenient and comfortable app.