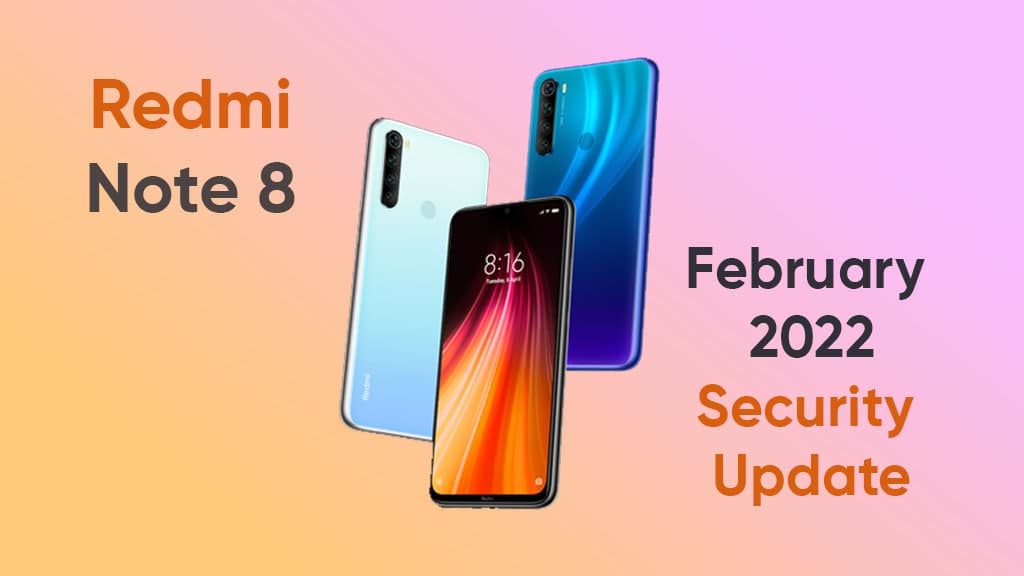 Xiaomi has pushed off the February 2022 security update for the cost-effective smartphone Redmi Note 8. The company has released the new security patch a few days ago, with a mindset of reducing bugs and errors. Owing to it, the respective device achieves a more stable security system than before.

The February 2022 update releases with version V12.5.2.0.RCOMIXM is manually obtainable by either MIUI Downloader or the TWRP process. It enriches the internal system security, repairs the bugs, and makes the core more responsive by adding some interior characteristics. Additionally, it mainly focuses on the blur default of the device, which generally users complain about.

As per Xiaomiui, users noticed a blur defect in the background screen, instead of a clear display. This defect took place with the installation of the previous security patch. Although, with February 2022 update, Redmi Note 8 users get rid of this default from their smartphones.

The new security patch update, not only draws out the blurry issue but also implements a new element to the background. From now, the users will find a gray-colored background screen and control panel instead of the simpler ones. This addition changes the look of the screen and makes it more visible to the users due to its shade.

Apart from color addition, the users can find a blurry effect in the folder of applications. Further, with the new update, there is an inclusion of 1GB virtual RAM to the mentioned smartphone.

The Changelog of the update doesn’t reveal much about the about. It only lets you know about the new security patch and increment in the security.

For this moment, the update is running on the initial phase and can only be owned by the Mi testers. Once the patch gets examined by the testers and doesn’t require any further improvement, it will be unveiled to the general public. For knowing the instructions and procedure, Click here.