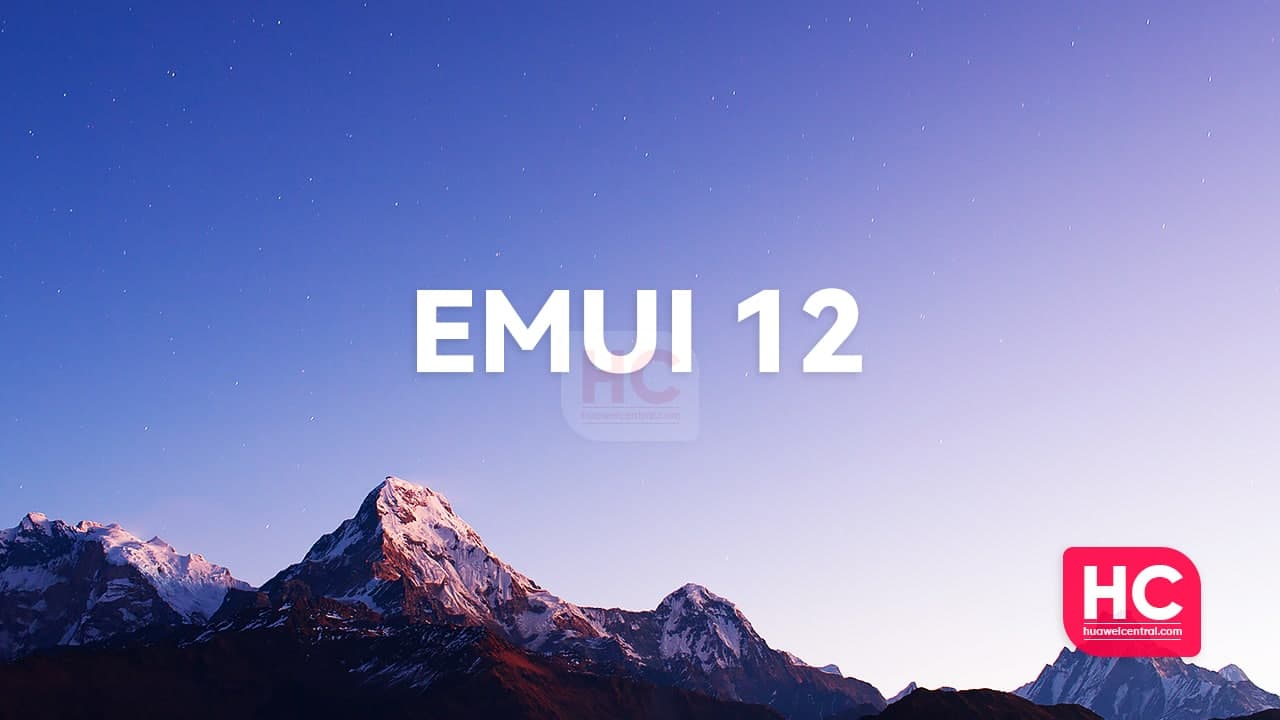 According to our information, Huawei has removed the reference of EMUI 12 in the PC manager app. As we currently cannot confirm whether Huawei is really working on this software version or not. However, we’ll keep you posted with further developments in this story

Huawei has already started to upgrade its old EMUI devices to HarmonyOS 2 making a leap further ahead from Android-based EMUI to a brand new smart operating system. Yet, there’s something that’s just appeared and it’s named EMUI 12.

The new version of PC Manager mentioned a note multiple times regarding the EMUI version 12 (EMUI 12). For your information, Huawei has not released any such EMUI version at the moment.

Throughout the app, while exploring some specific features, the users are notified of the following requirements:

“Make sure that your phone’s operating system has been updated to EMUI 12.0 or a later version.” 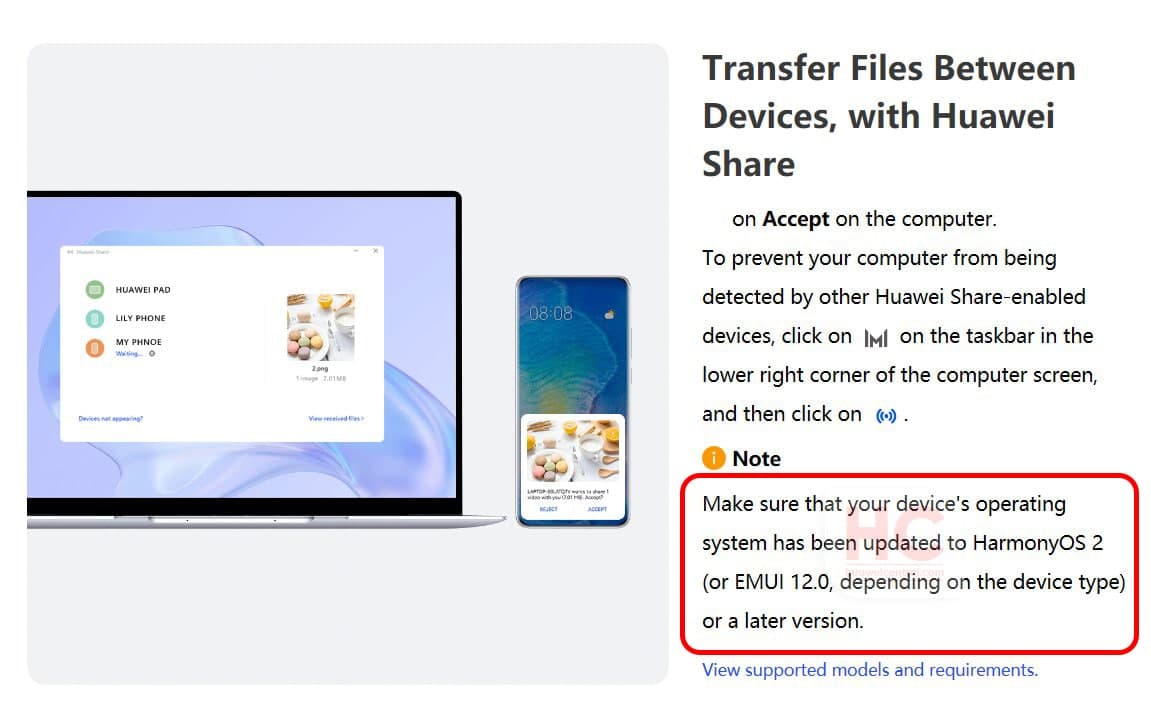 The reference to EMUI 12 is kind of shocking as it could be a mistake. Yet, the PC Manager app keeps showing this note over and over. 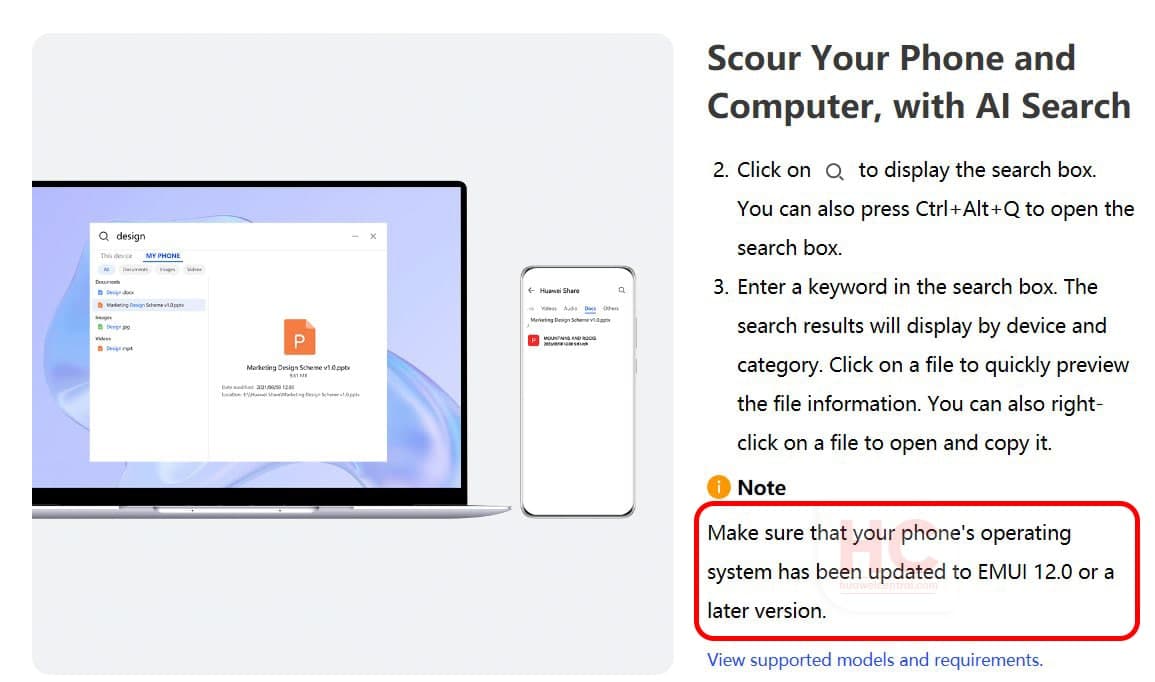 The PC Manager app is also available for global users and the company installs this software exclusively for the MateBook laptops.

Currently, the software is under continuous development and improvement. So, we cannot deny a possibility of a mistake from the developers’ end, which might lead to the appearance of the EMUI 12 label instead of EMUI 11.

However, there are two different notes of this message that have been found on the PC Manager app and have the potential hint towards the arrival of EMUI 12. 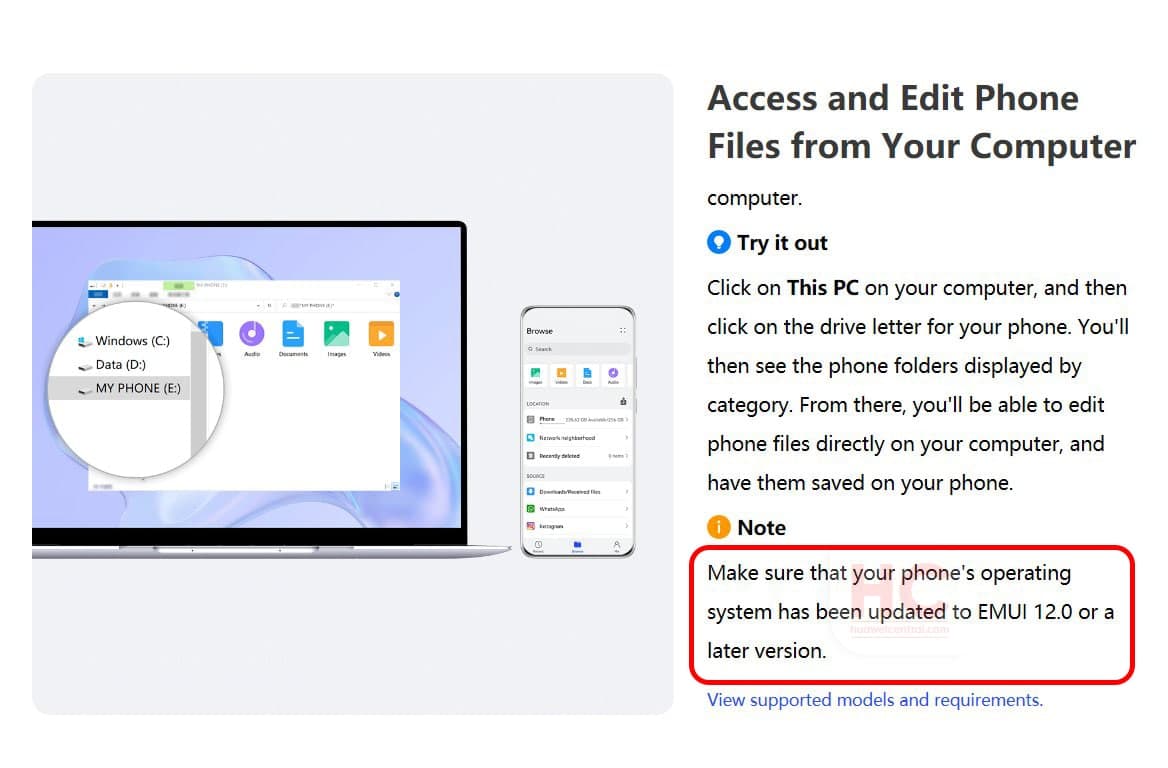 But we also want to mention that Huawei is soon be changing its devices from EMUI to HarmonyOS. So, a new version of EMUI is under doubtful eyes but we’ll have to wait for more information.

Launched at Huawei Developer Conference (HDC) 2020, HarmonyOS 2 is a new operating system that began to test smartphones earlier this month and comes with various new features. Also, Huawei is testing this software on Chinese models, which means its fate on global Huawei devices is yet to be decided.

Some users of Huawei P30 Lite receiving only May 2021 update, excluding new apps