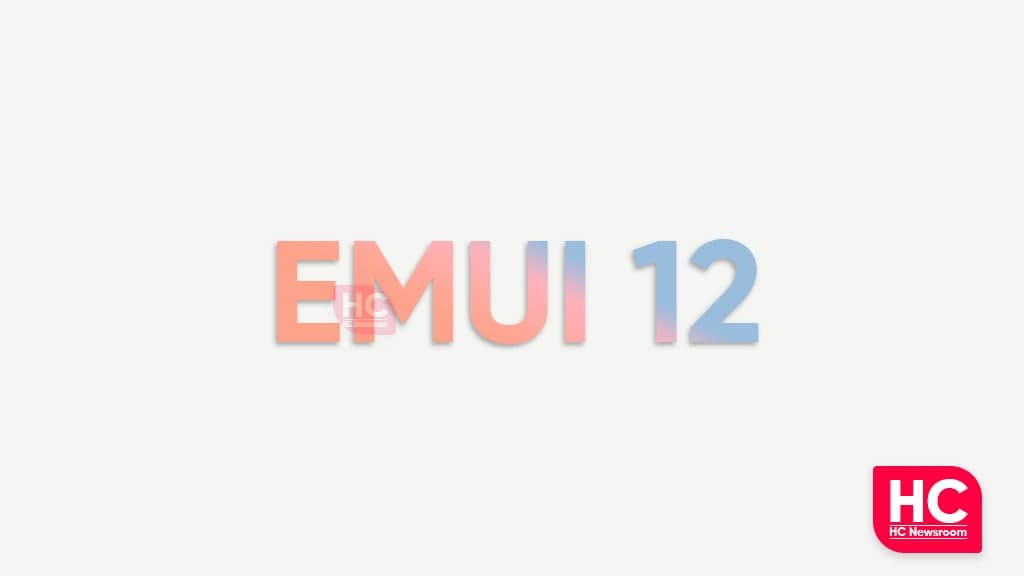 Back in June, Huawei gave us hint regarding the next version of EMUI – EMUI 12. However, the reference was quite ambitious and later was removed from its origin of place but it has surely made us scratch our heads for a second.

The first question that we had, is how could the company launch a new EMUI version when it’s about to enter the HarmonyOS world? This question remained unanswered but there’s something interesting that has just appeared.

Huawei has launched the Nova 8 in Russia and the page listing of this phone reveals that to equip with “EMUI 12” as the operating system and there’s no mention of Android whatsoever.

Check info below this video

For your information, Huawei Nova 8 has already completed the HarmonyOS 2 stable upgrade in China. Yet, Huawei launching this phone with EMUI 12 label seems pretty odd, a software that is not announced.

No promotion or feature details available:

However, our concentration lies on EMUI 12 and we also want to mention that there’s no reference to its features made on the official website. The phone’s listing shows to include AOD and AppGallery.

Currently, we don’t have exact inputs on why Huawei has mentioned EMUI 12 in the official listing and what exactly this EMUI version is. We’ll surely get an answer soon and we’ll eagerly wait to see and inform you on this matter.

Related Topics:EMUIEMUI 12Huawei
Up Next

EMUI 11 and HarmonyOS 2: Changes in Always on Display (AOD)

Huawei is releasing a new software update for the global consumers of the P20 device. This latest software rollout brings July 2021 security patch and comes with EMUI 10 version 10.0.0.192. The July 2021 Huawei P20 security update is currently rolling out in Europe and may expand to more models soon. (via Huaweiblog)

Huawei P20 and P20 Pro are eligible to receive HarmonyOS 2.0 operating system upgrades in China. However, Huawei has not confirmed any such treatment for global users.

However, there are a few things that you need to keep in mind while upgrading to the latest Huawei P20 July 2021 update. First, backup your important data, so you won’t lose any of it. Although, the upgrade procedure won’t erase your date but it’s recommended.

Maintain enough storage on your device to store the update package, and keep the phone charged sufficiently, so it won’t run out of power during the installation procedure.

The latest rollout for the Huawei P20 lineup shows that the company still wants to keep the device study and provide better security as well as stable performance. Furthermore, this may be a step towards the global HarmonyOS opening? However, we’ll have to wait for more confirmation regarding this matter.

Until then, we’ll keep you posted.

This month, Huawei released September 2021 EMUI security updates details ahead of time and continues to expand previously released patches. Currently, the rollout of June and July updates are on the move.

Last month, Huawei also revealed its new EMUI version – EMUI 12, but this new software remains under massive confusion or the global Huawei device owners. The EMUI 12 replicates the same feel of the HarmonyOS 2.0 user interface but clarification on its base software is still unsolved.

On the other hand, the Chinese tech maker is rapidly increasing the number of HarmonyOS powered devices, just recently, the company has crossed 90 million HarmonyOS installations in China alone.

This is quite an achievement, yet, it would be interesting if Huawei gives the same treatment for its global device owners that could further lead this number to new heights.

Amid these discussions, the wagon of regular EMUI software and security patches continues. Therefore, the Chinese phone maker keeps sending new upgrades to the Huawei phone users to improve their models.

With Huawei EMUI September 2021 Updates list, we will keep full track of all the security and feature-packed updates rolling out for Huawei devices in September 2021 and brief you about them.

Note: This list of devices will be regularly updated

The 48MP AI quad rear camera phone – Huawei Nova 5T is receiving the September 2021 security update. This new rollout also makes the skip of the August security patch and it’s a really important step toward the phone’s security perspective by keeping it update to date.

According to Huaweiblog, the Huawei Nova 5T September 2021 security update comes with EMUI 11 version 11.0.0.177 and a software package size of 174 megabytes. This software rollout is currently noted inside Germany (Europe) but may soon expand for more users.

This treatment is significant because it wasn’t even delivered to the flagship phones – Huawei P40 and Mate 40 series. However, the Chinese models with HarmonyOS 2.0 already completed such installation.

The latest Nova 5T EMUI 11 incremental update comes with several fixes for the security flaws in the system and allows users to safely keep all of the device’s data.

With these fast rollouts and releases, Huawei seemingly preparing the Nova 5T for the next major software update but there’s no official confirmation available on this matter at the moment.

You can download the latest Huawei Nova 5T update via Settings. To do this, open system settings, visit System & updates, thereafter, the users will have to push “Check for updates” followed by the corresponding update check. If an update is available, you can click “Download and Install”.

However, you must remember to keep a backup of your data to prevent the loss of important files on your device. Furthermore, keep an adequate level of battery backup on your phone to prevent battery outage during the installation. Once started, it may take some time to process the update and install it on the device.