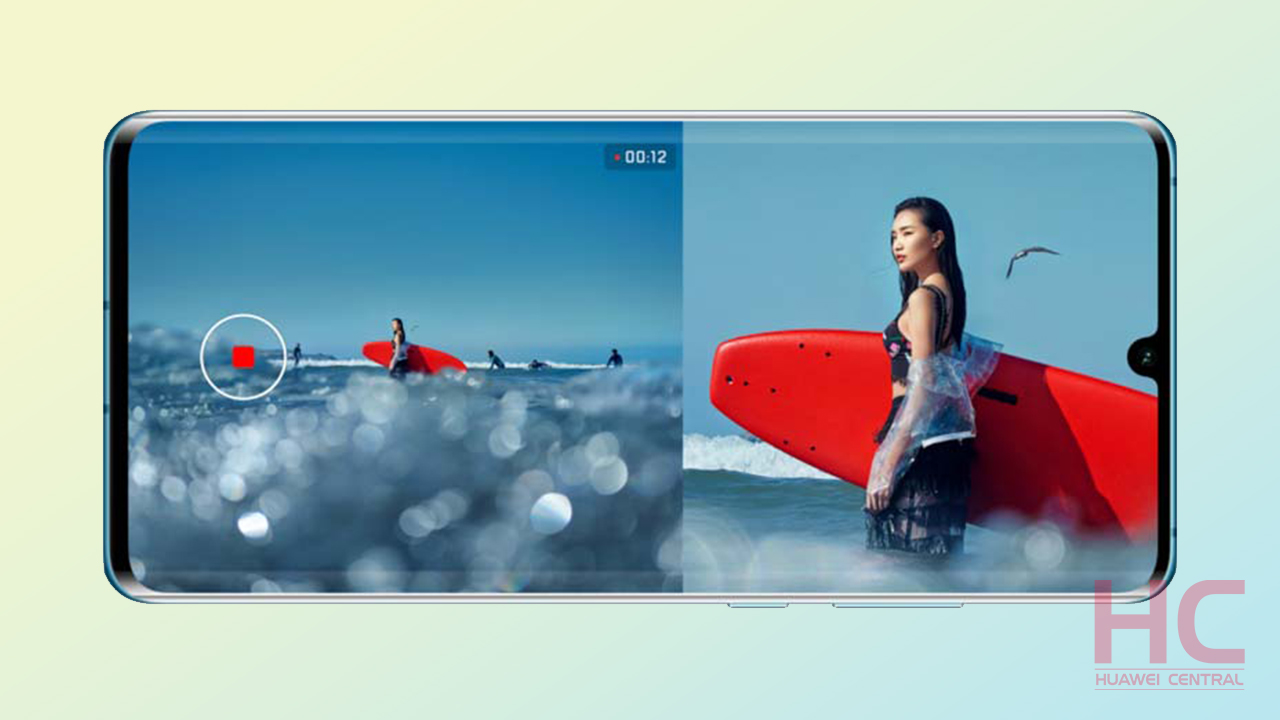 
Following multiple regions, Huawei is finally started to roll out a new software update P30 Pro in India which brings two new features including Dual-View Video Mode and AR Measure. As the update will be rollout in stages across the devices.

Huawei Dual-View Video – This feature uses multiple cameras at once to capture videos, enabling the user to shoot a video from different angles at once. While one camera shoots a wide angle, the other camera captures a close-up.

In this mode, the camera located closer to the lower portion of the device captures it all with a wide field of view, while the camera installed more closely on the top part of the device capture a close-up. The user may also adjust the level of magnification as well. This mode of shooting is particularly useful while capturing large-scale events such as sporting matches and concerts.

Huawei AR Measure – It’s an app that uses P30 Pro’s TOF Camera and AR technologies to transform the device into a measurement tool. It can be used for measuring the length of lines and area of surfaces and also the volume of objects as well as a person’s height.

When multiple subjects are within the frame (like friends and family in a group setting), HUAWEI AR Measure can measure the heights of all subjects at one go. According to Huawei, the margin of error is around one percent only.