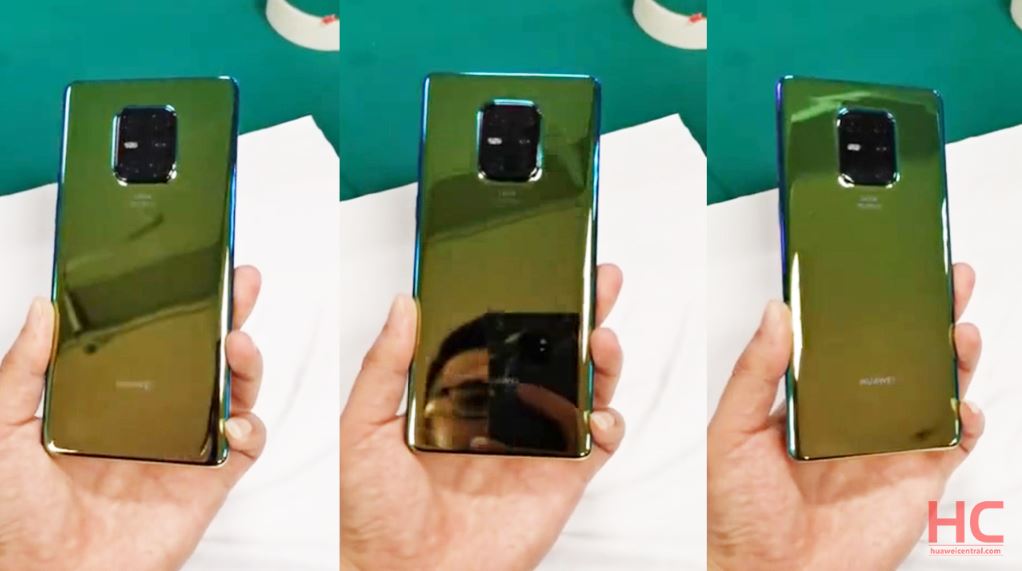 
Huawei Mate 30 Pro was recently spotted in a leaked promo poster with a circular design but a new hands-on of a Huawei device has appeared with some familiar design and new additions.

The device shown in the video has Huawei and Lieca brandings and has a similar camera design of Mate 20 series but includes more length to house more cameras and an LED flash. Also, the lens in the middle is small compared to the other four lenses on the top and on the bottom row or it could simply be a sensor.

The device has a curved display on the front but nothing else seems to be exposed because it may be an experimental device or a clone.

However, we don’t have any additional information that proves that this is the original Mate 30 series or next year’s P40 smartphone, nor we can deny the possibilities.

As previously, there are plenty of leaks regarding the Mate 30 series that clearly says the upcoming flagship will inherit the circular camera design compared its predecessor.