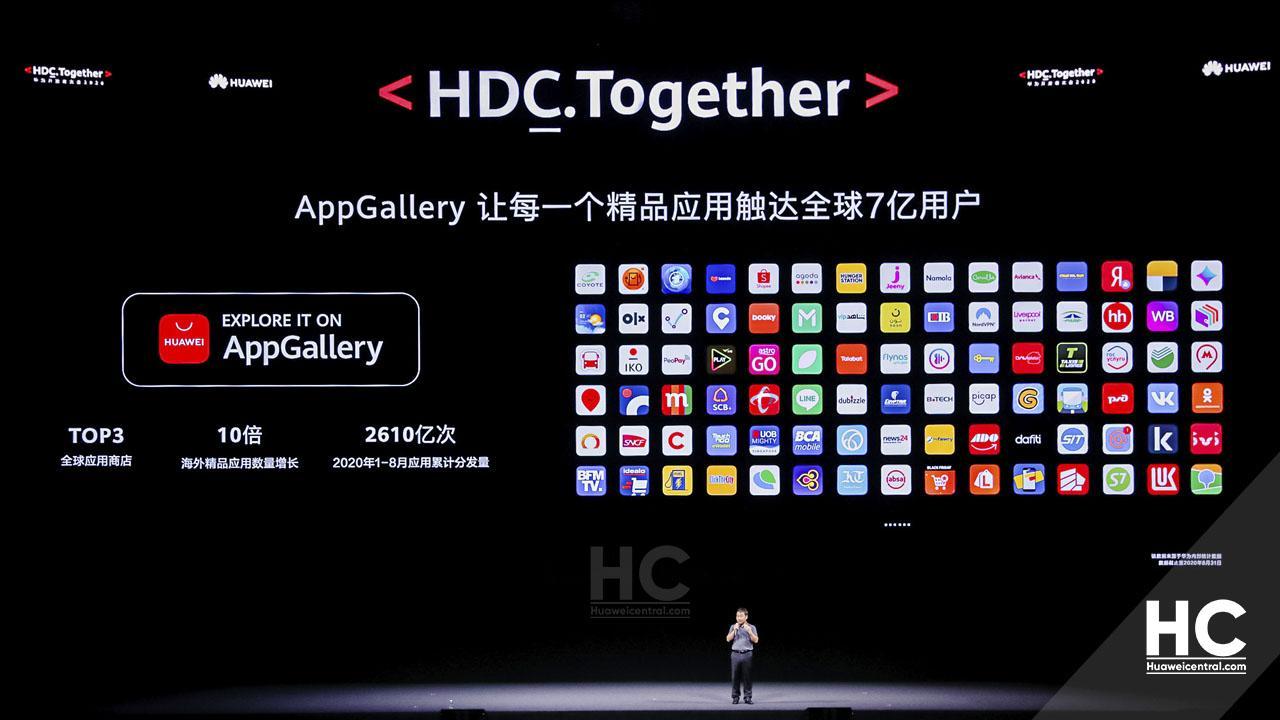 AppGallery now reaches 490 million Monthly Active Users (MAUs) in over 170 countries/regions. Within the first half of 2020, user app downloads reached 261 billion, showing the popularity growth of this app marketplace among users.

Wang mentioned that in terms of size, AppGallery has already had the ability to compete with Google and Apple’s app ecosystem. The dual monopoly of Google and Apple has last for over ten years, which is not good for all aspects of the industry including developers and should be concluded.

For example, Google takes away over 30% of developers in-app purchase revenue as well as advertisements commisions and the same cut in developer revenue also applies in Apple’s ecosystem. Wang stressed that it’s time for a challenger to build such a new app ecosystem that can be more fair and open.

The long-term goal of HMS is to achieve a level of equivalent of Google and Apple’s app ecology. To achieve this aim, developers must be Huawei’s top priority.

According to Huawei, its policy allows developers to earn more through their apps because Huawei takes about 15% fo their app revenue, which is almost the half compared to Google and Apple’s.

On the other hand, Wang also brought GMS in the discussion and said that HMS has now achieved basic usability and it’s easy to use. To grow HMS and AppGallery on the overseas market, Huawei is partnering with different popular appmakers and industry leaders to put their app on AppGallery and bring their content for Huawei device users.

Also, Huawei is launching special incentives and support programs for developers to make their apps with HMS platform.

HarmonyOS will be the center of the future smartphone industry: Huawei Software Chief