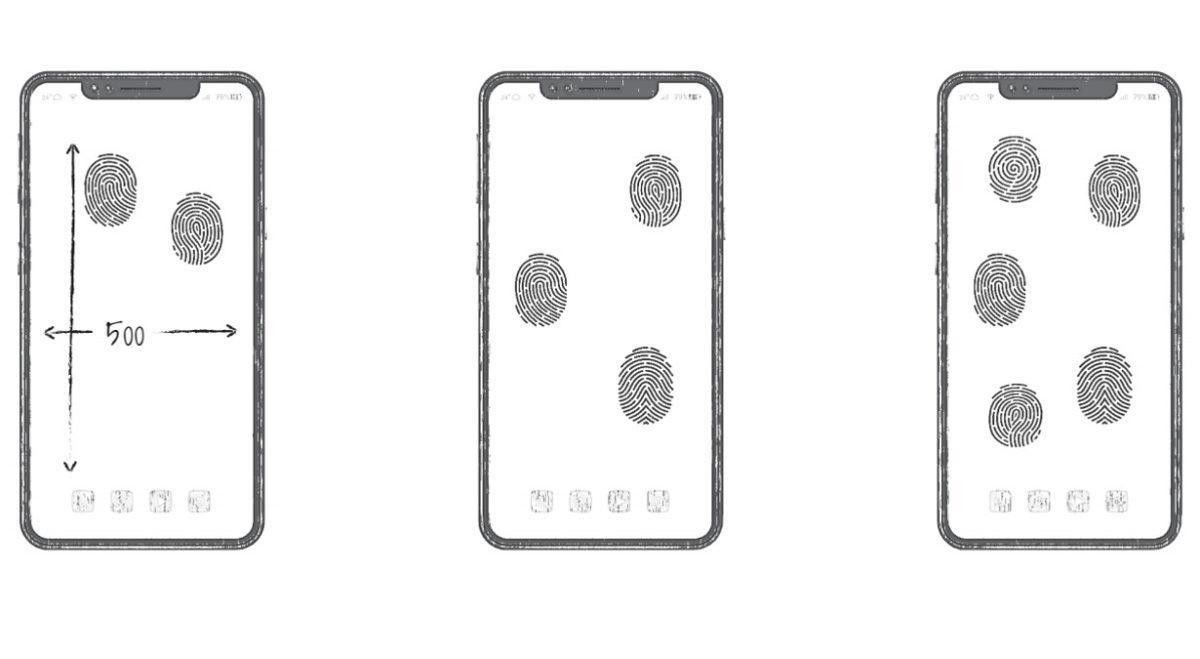 
Smartphones come with different types of unlocking and security options including the fingerprint scanner, a secure and fast way to unlock your device. Fingerprint unlock in smartphones started with a physical fingerprint placed on either on the home button or the back of the device and then we moved to the in-display fingerprint scanner, supporting one-touch unlock.

To further improve the display fingerprint, Huawei has patented a new display fingerprint technology called All-screen fingerprint. The application of this patent filed in six markets including China, Europe, the U.S., Japan, Korea, and India, and awaits for approval. (Reports AndroidAuthority)

Huawei has also outlined the use cases of this technology, such as verifying user identity for an individual app. Check the example below.

Huawei also mentioned the ability to quickly access the SMS app to view and reply to messages without unlocking the smartphone first.

Moreover, users will be free to “activate sensors in a chosen area on the screen while deactivating the rest on the screen space” in order to reduce power consumption. This is like a customization option for the fingerprint sensors and the screen space where you can enable or disable them according to your preference.

Currently, there’s no information, when the all-screen fingerprint will be available in the market but we’ll keep you posted with the latest updates.