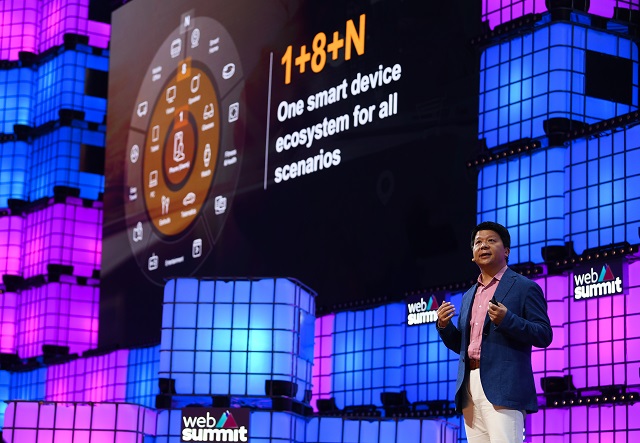 
On November 4, during the opening keynote of Web Summit in Portugal, Guo Ping, Huawei’s Rotating Chairman invited the global developers to take advantage of the early 5G environment and develop apps and software on 5G platform.

In his speech, Guo described how in combination with technologies such as AI, big data, virtual reality(VR) and augmented reality(AR), 5G+X can change the world and it’s also beneficial for developers.

To express the use cases of 5G with other technology, Guo used several real-life examples such as AI, AR, VR. Enabling 8K remote real-time musical collaboration, how 5G+AR+AI can improve the safety of oil refinery workers and increase operational and maintenance efficiency, and how AI can help make medical assessments in real-time.

According to Guo, Huawei has been working with carriers to create the foundation for the internet, and planning to focus on the areas of smartphones and cloud in the future.

Guo concluded by saying “5G+X is the new electricity and it will be the key enabler of the smart world. Huawei looks forward to working with industry developers and startups to create more 5G+X applications and kick off the smart new era.”